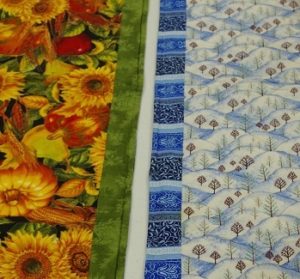 Folklore and folk art may serve no apparent purpose, though, there is usually an underlying purpose or theme to folklore or folk art. It may be thought of as an inherent tradition that results in a tangible object or story and passed from generation to generation.

Documentation of folklore or art means just that, capturing the essence of that informal-generational tradition with oral recordings, photographs, and/or video.

What the client needed:

Folk artists, folk singers, and folk life are the informal building blocks of contemporary culture. These people give voice and vision to the expressions of culture within a community. Larger society often overlooks and dismisses these informal artists as amateur. However, nothing could be a more accurate expression of a culture than efforts led by volunteers in an informal and organic manner.

One of the more difficult elements to capture in history is this essence of a particular culture. Often, historians fail to capture the flavor of a culture and leave future generations with a truncated image of the past.

Initially, I sought out a local family ranch to see what folklife I could find there. However, they recommended that I speak with two other groups, the Deary Funeral Dinner Ladies and the Avon Busy Bees. I made contact with both groups and was able to conduct oral interviews. The interviews went well and we were able to capture the folklife essence of both groups.

Thanks again and again for all your participation and help with this (hopefully) never-ending project.”

To see the work at Idaho Commission on the Arts click on this https://arts.idaho.gov/community-scholars/